Walking around the floor of Silicon Valley Comic Con, you see people with Legion M t-shirts wearing buttons. The buttons read: “WHO is Cale Erendreich?” over a prominent picture of David Tennant.

The answer to this question lies at the heart of the movie Bad Samaritan, a heart-pounding suspense thriller that opens in theaters on May 4, 2018. I was one of a select few who was lucky enough to attend the advanced screening of the independent film, directed by Dean Devlin (Stargate, Independence Day, Godzilla) and funded by Legion M.

While independent films are often lofty and metaphysical, Bad Samaritan is anything but. The movie follows a couple of relatable young adults trying to make their way in life. In a fortuitous turn of events, the protagonist (Robert Sheehan) stumbles upon a dark secret that leads him down a path of danger that spirals out of control. While we as an audience get to see how Cale Erendreich (David Tennant) acts and what he does, the real motivation of Erendreich can only be answered by who he is. 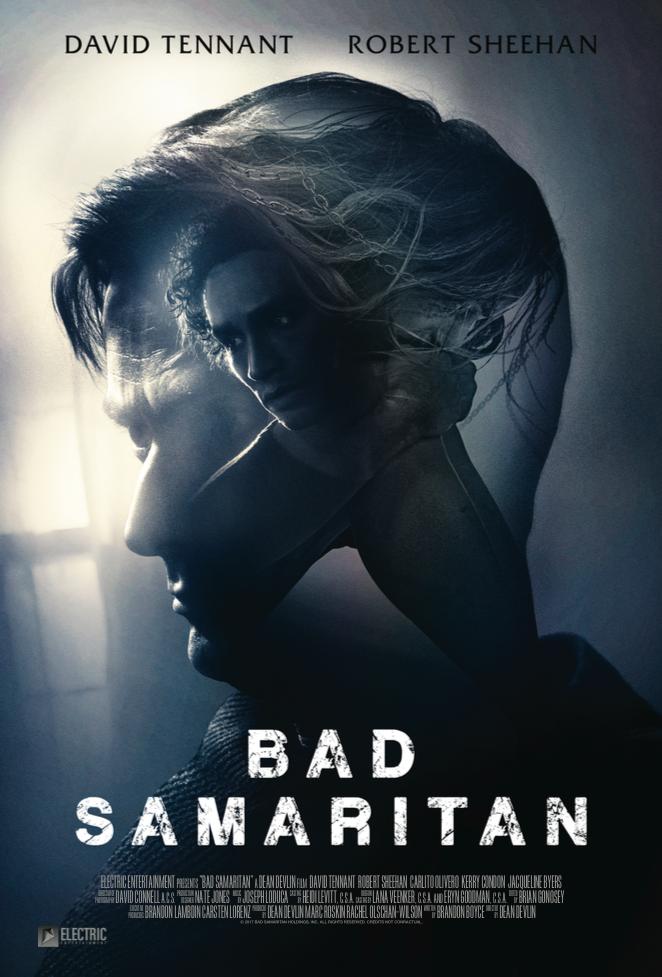 The film does a surprisingly good job of using every piece of the storyline that it presents. Too many movies introduce certain scenes or characters into a storyline that offer no resolution or serve no real purpose. However, Devlin masterfully uses almost every piece of the story puzzle that he creates by tying in snippets, that were first introduced in the beginning, into the very end.

If this movie is a sign of what Legion M can do, sign me up for more. Bad Samaritan comes highly, highly recommended.

April 10, 2018
Looking for a great gaming chair? Not anymore.
Join the conversation!