With 2017 coming to a close I, like many others, am wondering where my heart will lead to in the new year. Thankfully 2018 is already getting filled with exciting new otome releases! Here’s a quick look at what is upcoming otome games in North America which will surely make us fall in love with fictional characters all over again in 2018. Are you ready? Let’s get started! 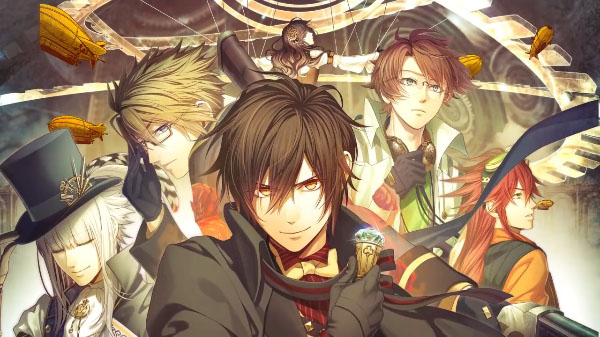 Aksys Games announced it would be bringing over the 2-in-1 port from Japan to North America containing Code: Realize ~Guardians of Rebirth~ and the fandiscCode: Realize ~Future Blessing~.  It is planned for August 2018 release on the Playstation 4.  The description on the Aksys Games English Website describes the game as:

Restricted to an abandoned mansion on the outskirts of London in fulfillment of a promise to her father, lonely Cardia lives day to day isolated from the world. Her body carries a deadly poison that rots or melts anything her skin touches, prompting the locals to call her a “monster.” Her last conversation with her father two years ago, telling her to stay out of sight and never fall in love, is the furthest back she can remember. One day, her quiet solitude is interrupted as the Royal Guards break in to capture her. It is then that Cardia meets Arsène Lupin, a chivalrous thief, who helps her escape the soldiers’ clutches. She soon finds herself on a journey with Lupin to locate her father, who holds the answers to her mysterious condition. The two are soon joined by four more interesting and handsome gentlemen… 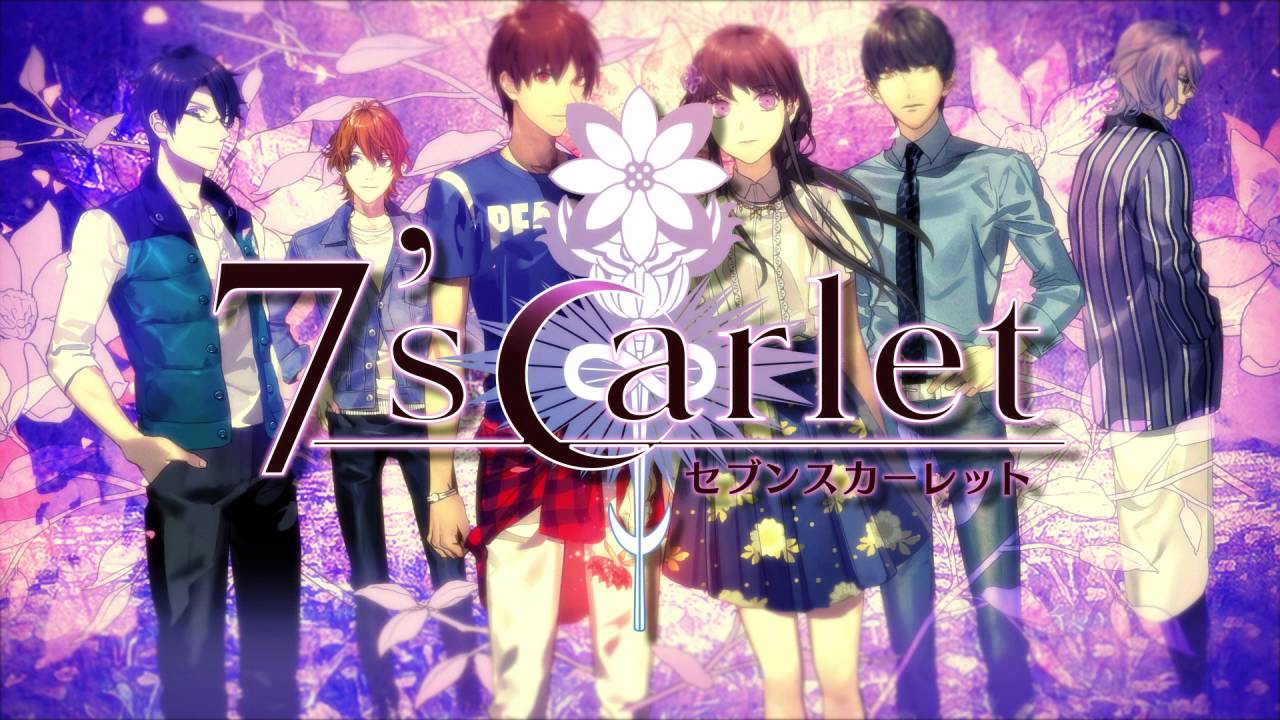 Featuring character designs from Chinatsu Kurahana (known from the Uta no Prince-sama franchise), 7’scarlet is a story about college student Ichigo Hanamaki whos brother disappeared in the town of Okunezato a year before the events of the game. Okunezato is gaining the reputation of a “mystery spot” and Ichigo’s friend Hino Kagutsuchi stumbles upon the website known as the “Okunezato Forbidden Club” where others gather to discuss the mysteries of the town. The website is hosting an offline meetup in Okunezato during the summer which pushes Ichigo and her friend Hino to go there to try to solve the mystery of her brother’s disappearance.

7’scarlet will be released in sometime in 2018 on the PSVita. 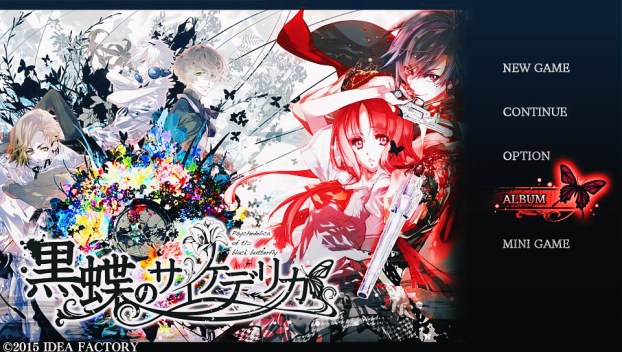 VDNB.org translates the description for Psychedelica of the Black Butterfly as:

As she fell deeper and deeper into the darkness, she could hear the sound of rainfall.Also, she heard an animalistic cry.When she woke up, the young girl found herself in a Western-style mansion.An unknown, terrible monster rushes to attack the confused girl.As the young girl ran away from the monster, she thought:“Where is this place?”“Who am I, anyway?”Having lost pretty much all of her memories, she eventually met and joined up with some men in the same circumstances as her.They all held weapons that were strange handguns.From there on out, with their lives at stake, they must participate in the “Black Butterfly Hunt”, and collect “Kaleidoscope Shards” possessed by those monsters.Inside the Western-style mansion in which despair and betrayal swirls, will they be able to find hope in their futures? 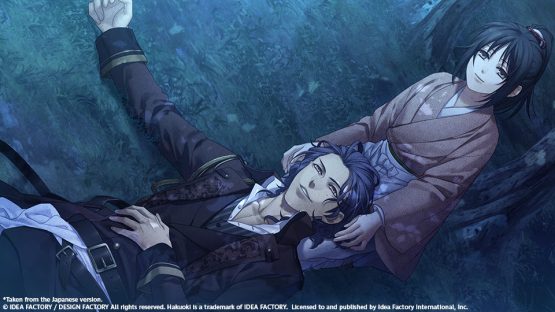 Chizuru Yukimura travels from Edo to Kyoto in hopes of searching for her father who had mysteriously vanished. Along the way, she encountered the Shinsengumi, and spent the next four years working with them to locate her father. In 1868, the final year of the Bakumatsu Period, the Shinsengumi, with Chizuru at their side, took part in the Battle of Toba-Fushimi to decide the future of the  Tokugawa Shogunate against the rising tide of Imperial Nationalism. Unfortunately, defeat for the Shinsengumi came swiftly at the hands of the Imperial Army, and they retreated back to Edo in shame.It was a bittersweet homecoming for both Chizuru and the warriors of the Shinsengumi, as the city of Edo resembled very little of its former self, engulfed by the harrowing winds of change that were sweeping through the country. As the Shinsengumi’s survival came under threat, they were faced with a choice: discard their principles, or give up their lives. Some of them had no such choice, and they cloaked themselves in darkness to protect the Shinsengumi’s greatest secret: the Furies.This is a story about a girl who allies with the warriors of the Shinsengumi, who are struggling to uphold their faith in an era of rapid social change in Japan, and the fate of those who sought to resist that change… 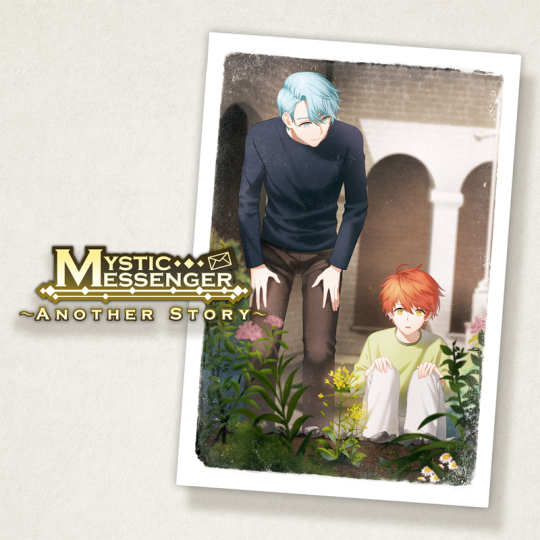 A brand new route will be coming to the widely popular mobile otome game Mystic Messenger in North America. Cheritz announced recently Ray’s Route will be available as Another Story route in January 2018. His route will contain:

2018 is shaping up to be an amazing year for otome games. What are you looking forward to the most? Leave a comment in the comment section below!

December 30, 2017
Looking for a great gaming chair? Not anymore.
Join the conversation!